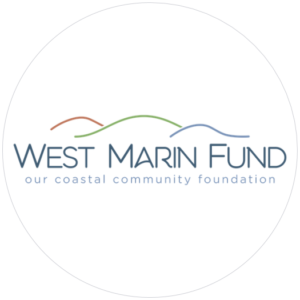 Leading the Way in Aligned Collaborative Funding - The West Marin Fund is a core partner in the success of collaborative action out in West Marin.

Marin Promise Partnership is grateful to the West Marin Fund for its ongoing engagement as a Partner, its financial support for the Partnership, and its leadership and commitment to the Partnership’s collective impact approach.

The West Marin Fund leads by example in demonstrating the true potential of what can be accomplished when there’s a funder at the table as a collaborative partner. The Fund has not only supported the collective impact backbone of the Partnership’s Initiatives but is also involved in supporting the collaborative action of Partners.

Because of the deep, trusting relationships developed through ongoing engagement as a Collaborative Action team member in the above mentioned Initiatives, the West Marin Fund was able to act quickly and strategically in responding to COVID19 education impacts by helping to launch the collaborative Summer Together expanded learning support effort.

They were also at the table, when the integration of preschool into the Shoreline Unified School District needed support. Nearly all collaborative efforts like this are financially underwritten through complex, multi-sector funding streams. Any one of the funding elements, as a stand alone source, may seem on its own risky or uncertain. The West Marin Fund, however, was able to look at the cross-sector project and its “braided funding” as a whole. The Fund demonstrated its confidence in the collaborative plan by creating an “escrow fund” to underwrite the risk of any potential financial shortfall. If one of the funding sources fell short, the project could draw from the West Marin Fund allocation. If all went as planned, the allocated “escrow fund” wouldn’t be used. In taking this innovative approach, the Fund demonstrated how collaborative grant makers can leverage their financial assets to mitigate risk concerns of other stakeholders and policy makers. In this case, the Fund was able to alleviate the concerns of the Shoreline Unified School Board which then approved the proposal. (Click HERE to view the Board Agenda item and letters of support from Supervisor Dennis Rodoni, UC Davis Professor David Kirp, and others)

RT @maringov: Expression can help people through difficult times and spark hope. Young people in #MarinCounty are now invited to share the… 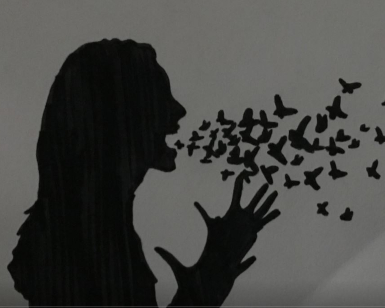 Working Together for Educational Equity

This site uses cookies for specific users who have logged in to access appropriate data. If you have not encountered a login screen on this site, no cookies have been created.
Accept
Manage consent

This website uses cookies to improve your experience while you navigate through the website. Out of these, the cookies that are categorized as necessary are stored on your browser as they are essential for the working of basic functionalities of the website. We also use third-party cookies that help us analyze and understand how you use this website. These cookies will be stored in your browser only with your consent. You also have the option to opt-out of these cookies. But opting out of some of these cookies may affect your browsing experience.
Necessary Always Enabled
Necessary cookies are absolutely essential for the website to function properly. These cookies ensure basic functionalities and security features of the website, anonymously.
Functional
Functional cookies help to perform certain functionalities like sharing the content of the website on social media platforms, collect feedbacks, and other third-party features.
Performance
Performance cookies are used to understand and analyze the key performance indexes of the website which helps in delivering a better user experience for the visitors.
Analytics
Analytical cookies are used to understand how visitors interact with the website. These cookies help provide information on metrics the number of visitors, bounce rate, traffic source, etc.
Advertisement
Advertisement cookies are used to provide visitors with relevant ads and marketing campaigns. These cookies track visitors across websites and collect information to provide customized ads.
Others
Other uncategorized cookies are those that are being analyzed and have not been classified into a category as yet.
SAVE & ACCEPT