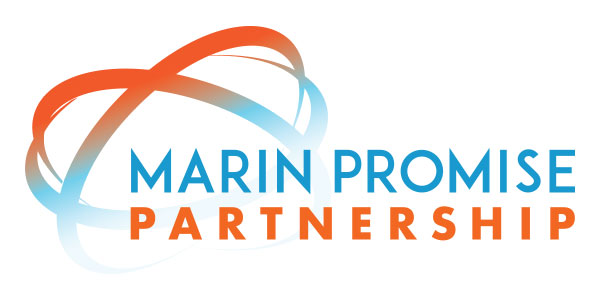 Marin County has two dozen public school districts for 33k students (to put this in perspective, San Francisco Unified is a single school district with nearly twice as many students).

Marin’s balkanized district framework means some schools are overfunded while others are getting much less, especially those in poorer areas who need it most. There is overwhelming evidence that increased spending on education leads to better student outcomes, especially among low-income students and students of color.

While districts might not be able to influence how much money they receive from federal and state funding sources, a large portion of their overall funding is locally controlled. In addition to the main problem of two dozen districts each receiving different amounts of funding per student, the Byzantine roadmap to understanding district budgets and financials means only experts understand where our schools receive their funding.

Use the data tabs below to learn more about how much funding each district receives.* The orange bubbles on the first tab represent state and federal public sources and the green bubbles represent locally controlled funding (both public and foundation).

*Note that federal, state and SchoolsRule county-wide school funding allocations are primarily based on Average Daily Attendance (ADA), which is the total number of days of student attendance divided by the total number of days in the regular school year. A student attending every day would equal one ADA. ADA is not the same as enrollment, which is the number of students enrolled in each school and district. Schools and districts with student populations that face barriers to attendance including access to transportation, health care, and housing stand to see decreases in per pupil funding if enrolled students are unable to attend.

What You Can Do

The goal of this initiative will be to advocate for equitable alignment of education funding throughout Marin’s system of schools and educational support services. The partnership is currently exploring options and more information will be shared soon.

Most of the funding for K–12 education comes from the state.

In 2018–19, California public schools received a total of $97.2 billion in funding from three sources: the state (58%), property taxes and other local sources (32%), and the federal government (9%). These shares vary across school districts. Of the 6.2 million K–12 students in California, about nine out of ten attend one of the nearly 9,000 regular schools in 1,026 school districts while the other 11% of students attend about 1,228 charter schools—which are publicly funded but not subject to some state regulations. More than half of public school students are economically disadvantaged, and about a quarter are English Learners.

Since signing it into law in June 2019, Texas lawmakers, educators and policymakers have been working to implement one of the most sweeping pieces of education legislation in the state’s history. Known as House Bill 3, the legislation significantly increases state funding for public education and distributes it more equitably, promising to vastly improve early childhood education, reward exceptional teachers, increase support for college and career readiness, and direct highly effective teachers toward the classrooms that need them most.

Article: Why does Sonoma County have so many school districts?

As its schools face declining enrollment and shrinking budgets, local policymakers are asking why Sonoma County has 40 public school districts – and exploring whether they can save money and improve students’ education by consolidating.

Parents and even administrators often don’t like to talk about where they get extra money or how federal money is spent. But here’s what we’ve learned so far about the nonprofit fundraising groups that boost certain schools.

Working Together for Educational Equity – Connecting the Dots Fall Edition

Working Together for Educational Equity – Connecting the Dots Summer Edition

Working Together for Educational Equity – End of Year Gratitude

Working Together through Change

Working Together for an Equitable Return to School

Working Together Through and Beyond Crisis

11.08.22 Changing systems from cradle to career in Marin County, StriveTogether

5.12.22 California set to launch hundreds of community schools with $635 million in grants, EdSource (Partners on the list of grant recipients)

12.18.21 Marin Voice: We must work to get needed resources in hands of students, Marin IJ

03/13/2021 Marin Voice: If we want to help every child reach their full potential, we have work to do, Marin IJ

All Press Coverage Since 2017

Working Together for Educational Equity

This site uses cookies for specific users who have logged in to access appropriate data. If you have not encountered a login screen on this site, no cookies have been created.
Accept
Manage consent

This website uses cookies to improve your experience while you navigate through the website. Out of these, the cookies that are categorized as necessary are stored on your browser as they are essential for the working of basic functionalities of the website. We also use third-party cookies that help us analyze and understand how you use this website. These cookies will be stored in your browser only with your consent. You also have the option to opt-out of these cookies. But opting out of some of these cookies may affect your browsing experience.
Necessary Always Enabled
Necessary cookies are absolutely essential for the website to function properly. These cookies ensure basic functionalities and security features of the website, anonymously.
Functional
Functional cookies help to perform certain functionalities like sharing the content of the website on social media platforms, collect feedbacks, and other third-party features.
Performance
Performance cookies are used to understand and analyze the key performance indexes of the website which helps in delivering a better user experience for the visitors.
Analytics
Analytical cookies are used to understand how visitors interact with the website. These cookies help provide information on metrics the number of visitors, bounce rate, traffic source, etc.
Advertisement
Advertisement cookies are used to provide visitors with relevant ads and marketing campaigns. These cookies track visitors across websites and collect information to provide customized ads.
Others
Other uncategorized cookies are those that are being analyzed and have not been classified into a category as yet.
SAVE & ACCEPT